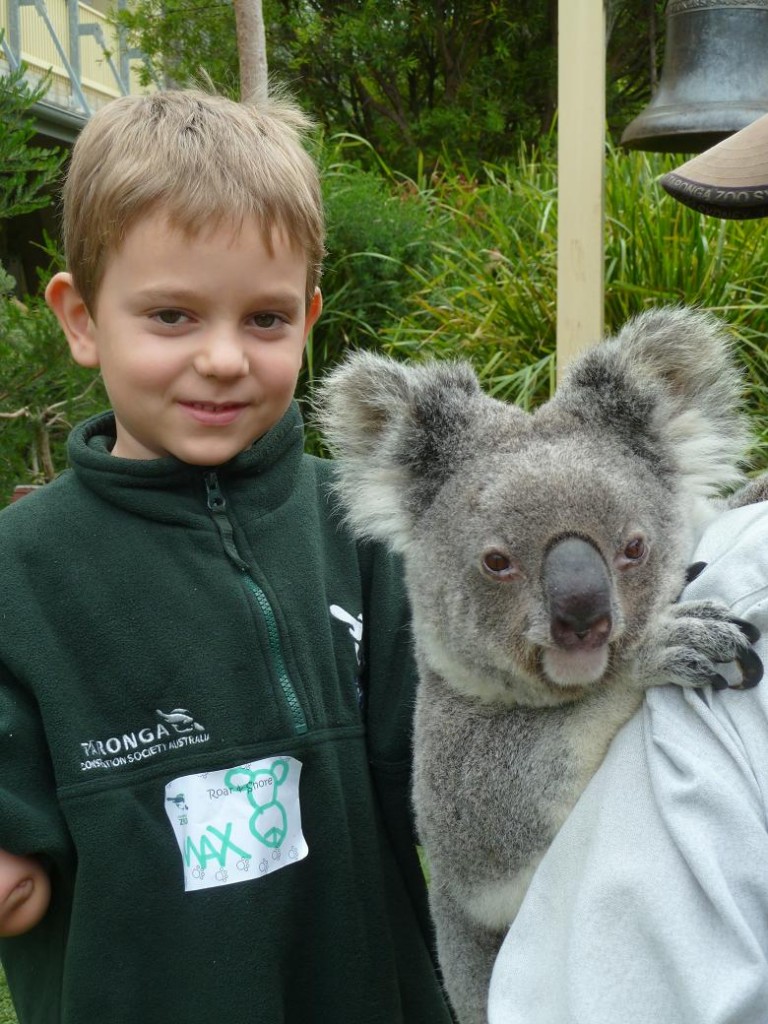 Roar and Snore was a special night. For the view, must be the best camp ground in the world, looking across the skyline of Sydney. It all started with a greeting with a few snacks, at the same time meeting a few creatures, a Spotted Python, a Chaco tortoise, a Phasmid stick insect and a Inland Beaded Dragon. We then moved onto our buffet dinner before being divided in two groups, one with the kids and the adult group. Then it was time for the night safari, seeing elephants, bears, tigers, lions (watching them being feed with young chickens), leopards, Himalayan tahr and other animals before heading back for dessert and off to bed, first having to chase the o’possums out of the camp area and toilet block. Being woken-up to the roars of the lions and the bird life was amazing. Wake-up was at 6:15 for breakfast before heading, behind-the-scences, first stop was hand feeding giraffes, watching the gorillas, lions, then meeting more animals, koalas, quokkes, gliders, and others. Then it was time to meet the New Zealdand fur seal – Mav, which Max got to shake his fin. That was the last act of the Roar and Snore and we spent the rest of the morning crusing around the Taronga Zoo.< 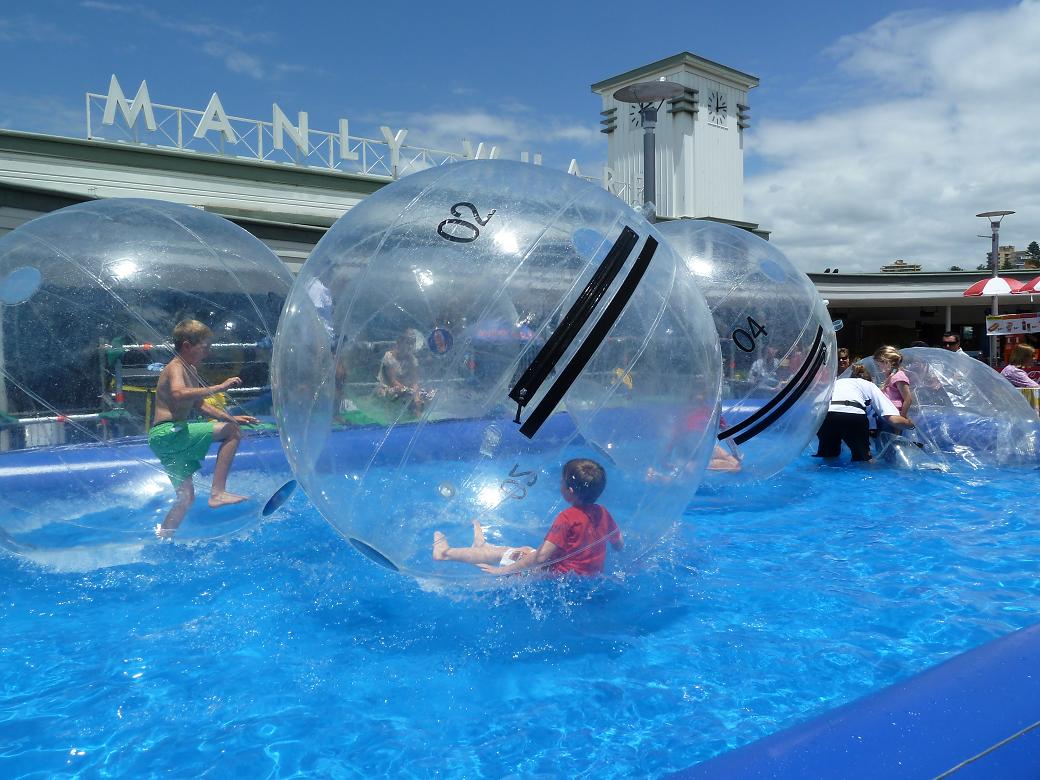 What a day to start, 32 degrees and blue sky. So off we went to find somewhere for breakfast and we found the perfect place. Direct across from the beach with a great range of food. We when took the bus and train to Circular Quay, visited the Opera House before heading off with the ferry to Manly. At the Manly Wharf we found the new attraction for kids, Bobble, which Max tried out, not so easy to stand for long. Then we headed for the beach. Enjoyed the afternoon at the beach before heading back to Bondi for a cold lemonade and a beer, before heading back to the room for a rest, then it happened, we both crashed and went to sleep (ca. 19:00), still a bit of jetlag.

Our helicopter flight from Port Taranaki, flying southwards down the coast to Cape Egmont and then around the summit of Mt Taranaki before heading back over the rangers to the port. 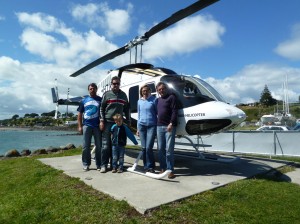 While staying in Taupo for five nights, we took a 60 minute flight with Taupo Floatplanes. Enjoying the “Mt Ruapehu” scenic flight that departed from Taupo Bay tracking south to fly over Turangi, Mt Pihanga, Lake Rotoaira, Blue and Emerald Lakes, the Tama Lakes and to the summit of Mt Ruapehu. A circuit of the summit allowed us to view into the Crater Lake and the ski fields on the slopes of Mt Ruapehu. Starting our journey north again, travelling onto Mt Ngauruhoe to view into the centre of this classic volcano, then over Mt Tongariro, viewing the Red Crater, Blue Lake and old lava flows before beginning the descent over Lake Taupo to land in the waters along the lakefront. With the weather playing it’s part, we even got a peak at Mt Taranaki to the west. 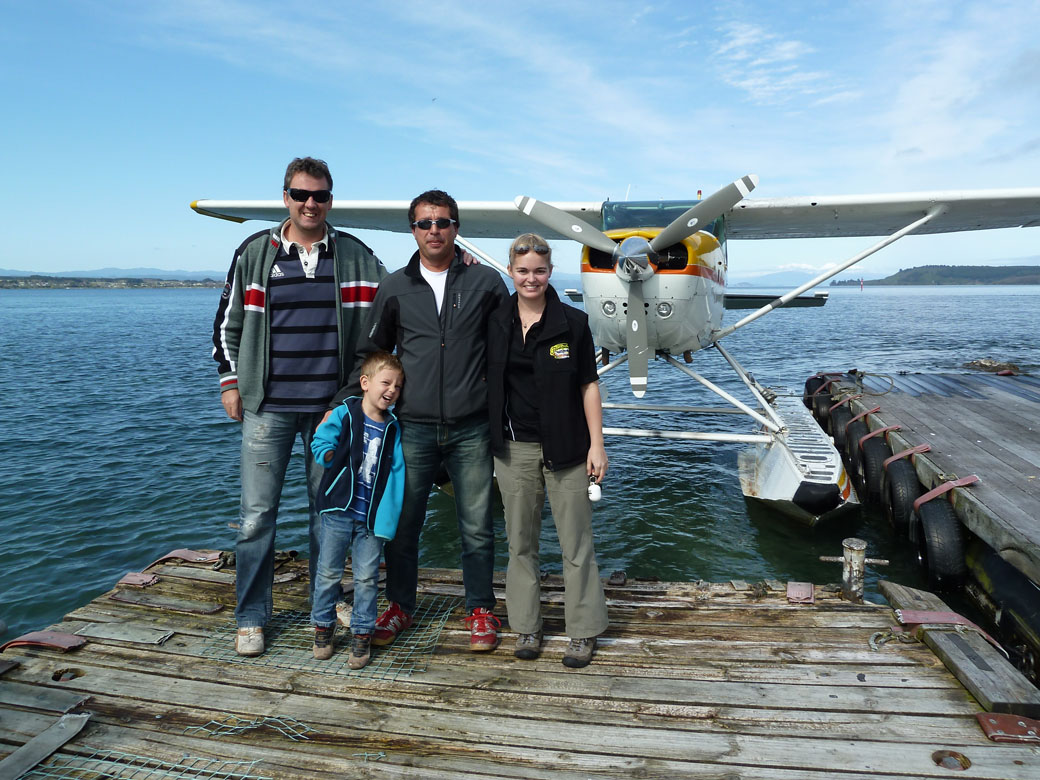 On the 09.10.11 we headed off to Turangi for our Family Float Rafting. This trip is all about having fun, while travelling through the beautiful reaches of the lower Tongariro River. And in the winter months the water was not that warm, a mild seven degrees, so Max and Edi really enjoyed their cliff jump from three meters. Just as well someone had to look after the raft!!! But we were rewarded with a stop with hot chocolate and chocolate fish. Don’t know how many were in the box, but Max was really happy. The one and a half hours on the river was great and with our guide Clare, we had a great day. 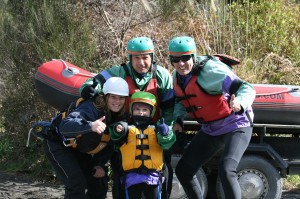 This is the place we stopped for three nights in our Beachfront Bure to relax and enjoy the Fijian summer. With heaps of activates to enjoy and also the evening entertainment. Situated on a picturesque marine sanctuary in the heart of the Mamanuca Islands, Beachcomber Island Resort is just 19km from Nadi International, Fiji’s National airport. It’s an island that’s easy to get to yet so very hard to leave! 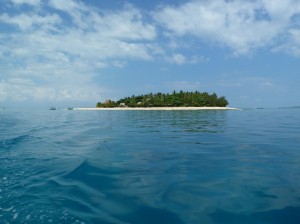